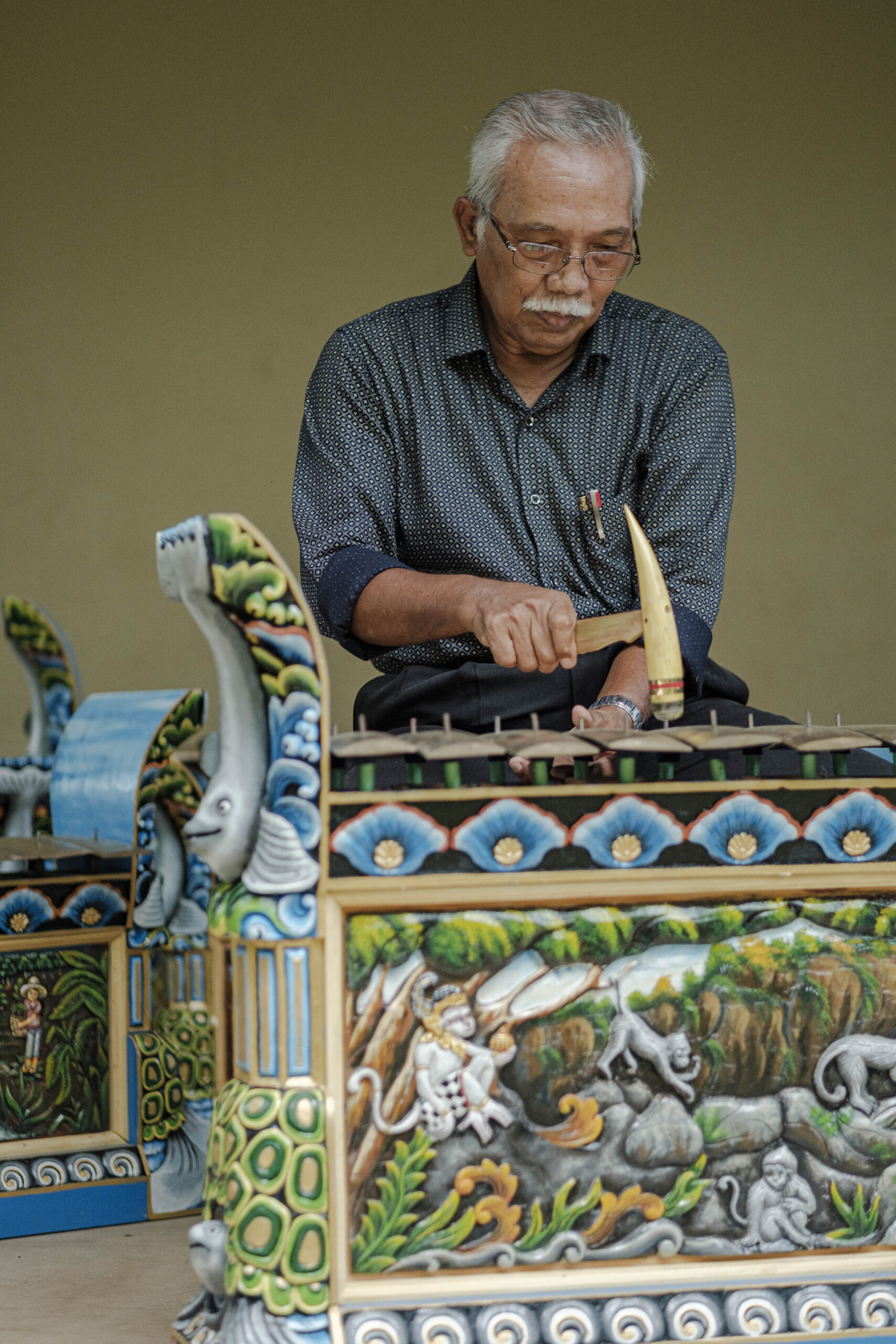 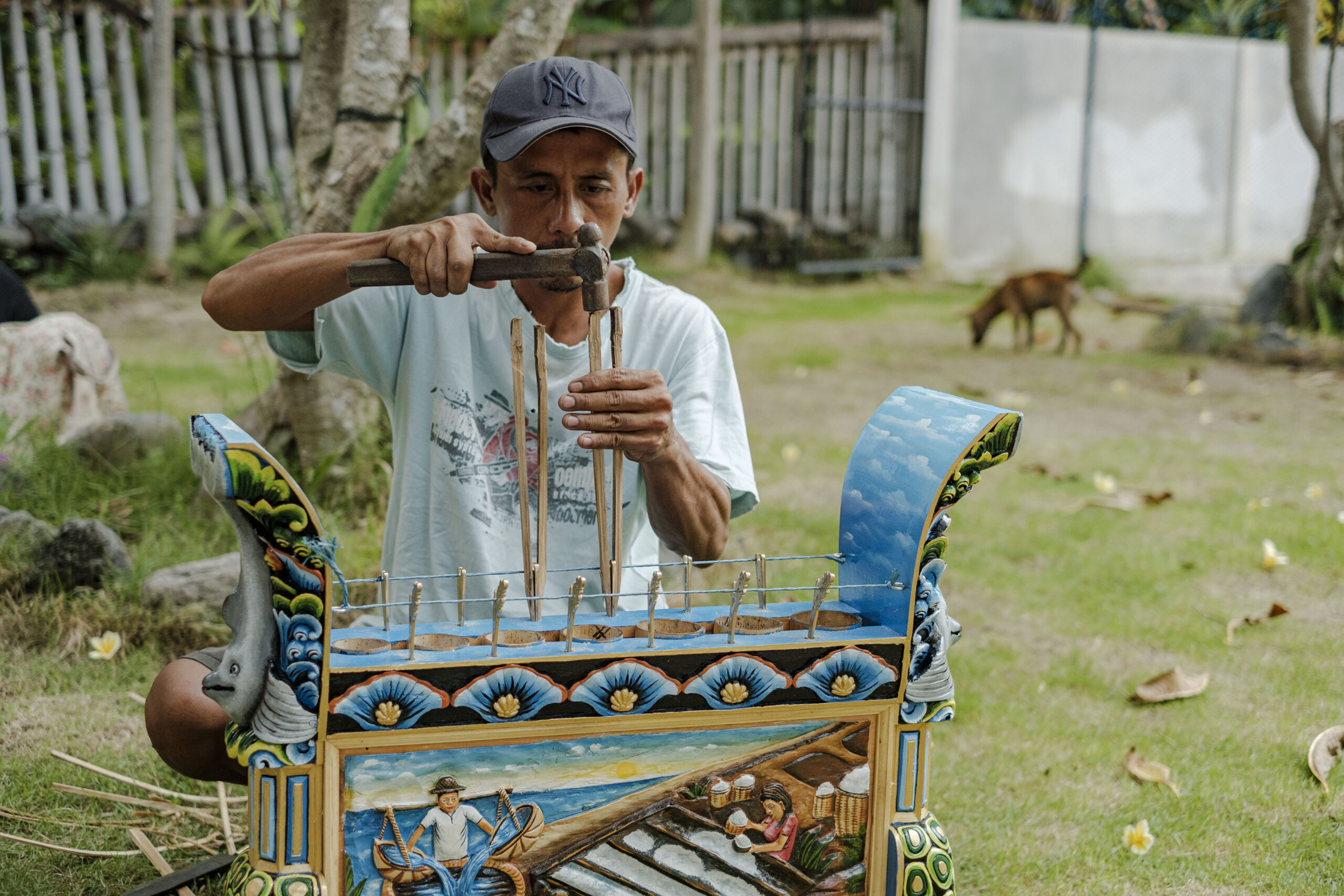 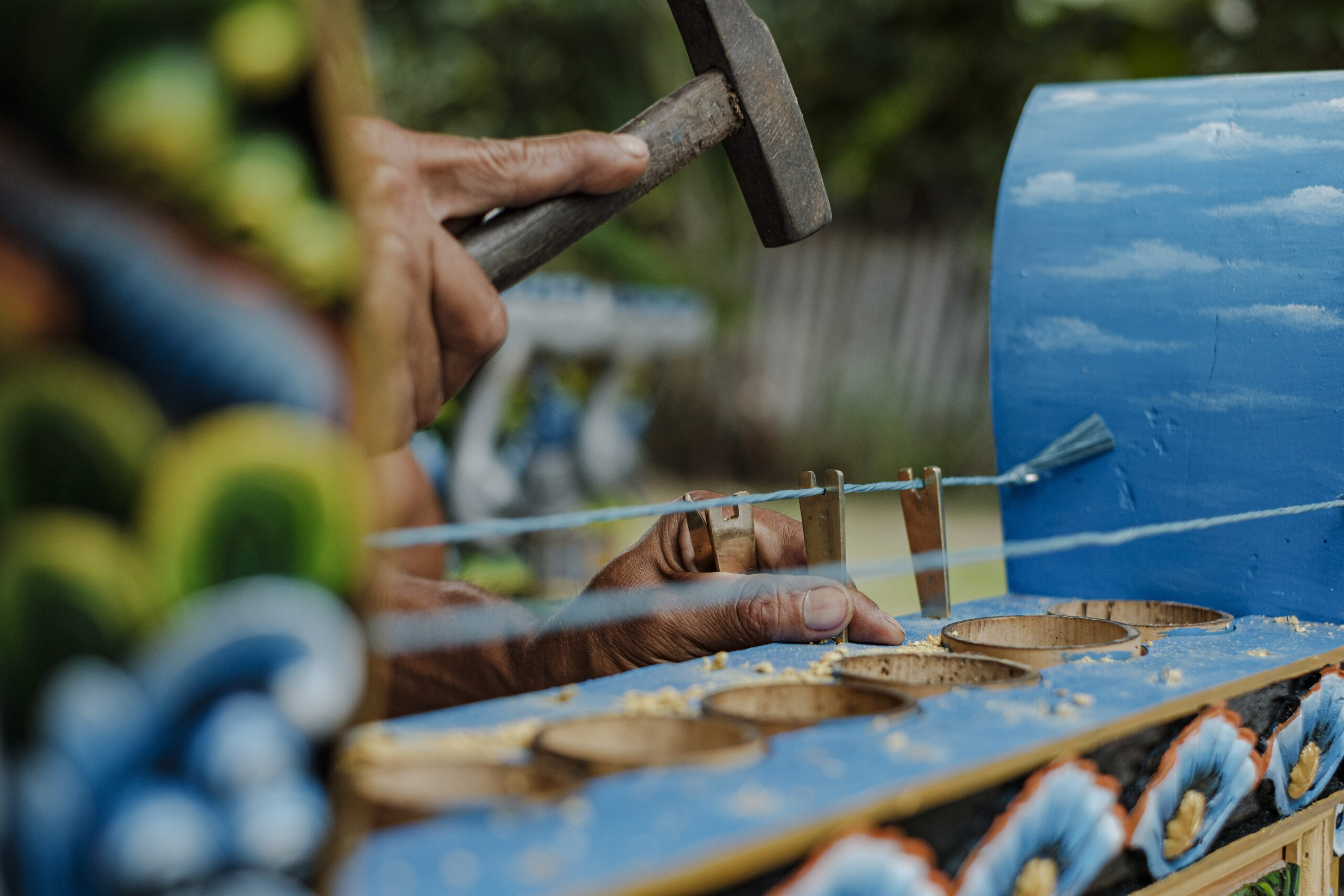 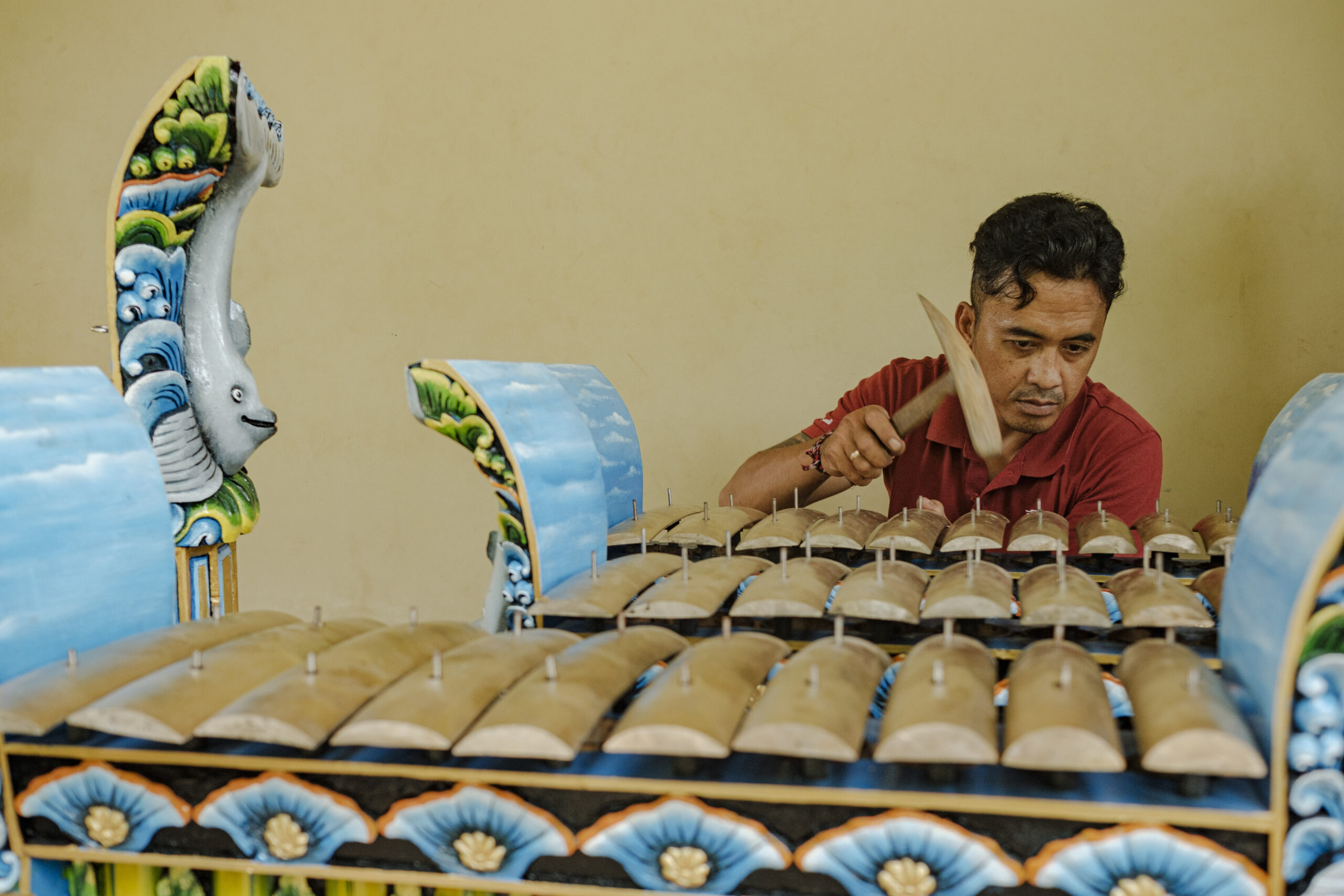 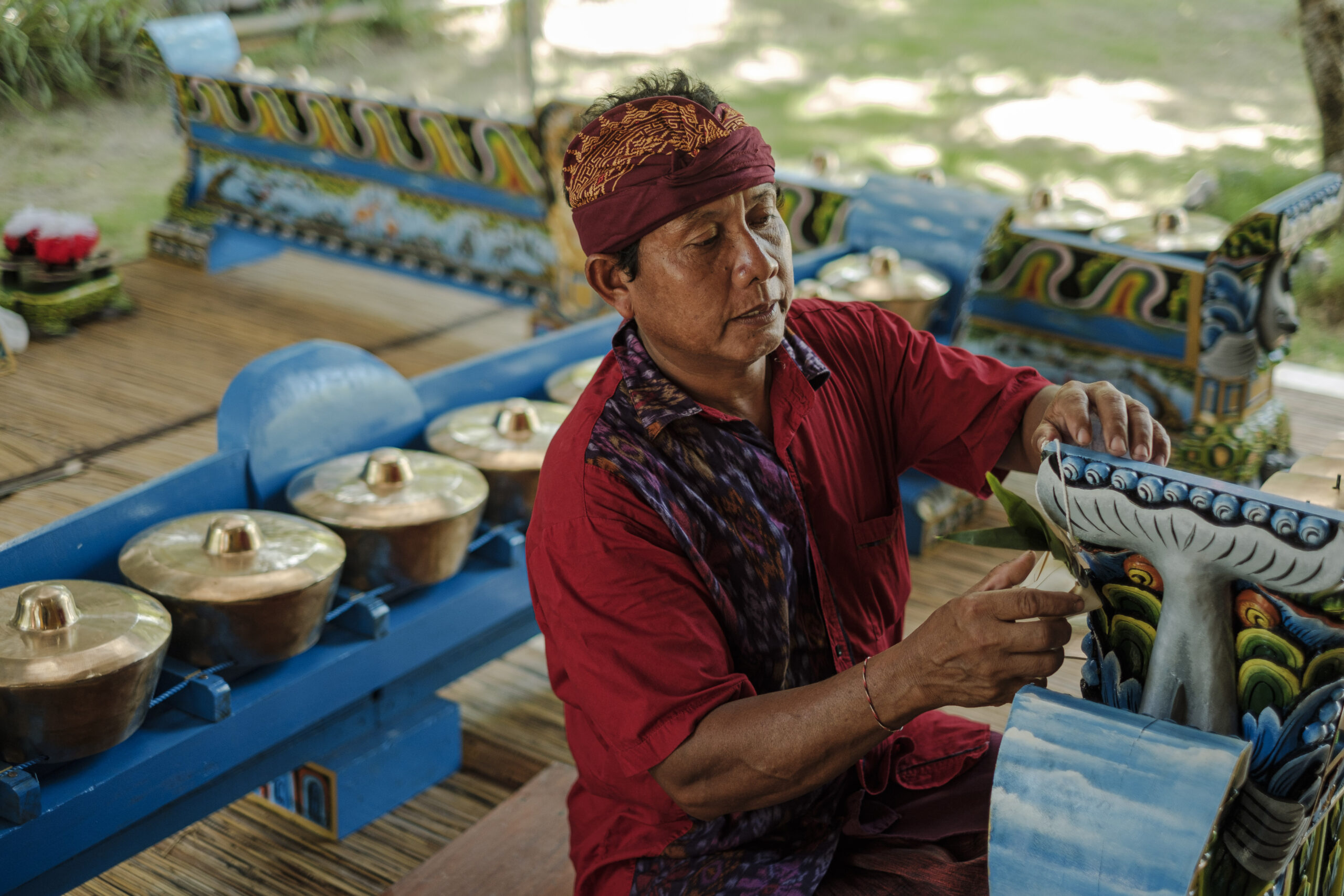 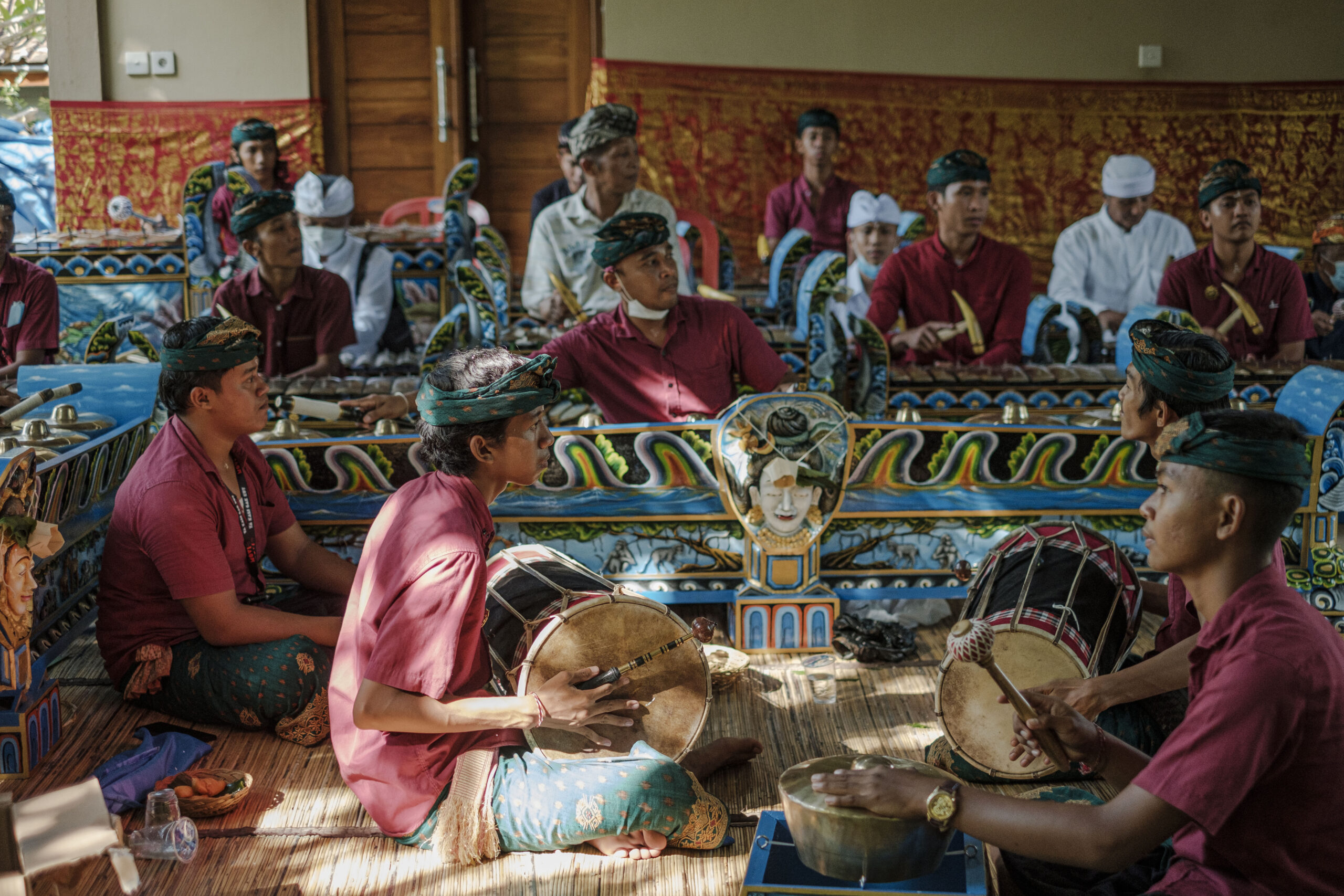 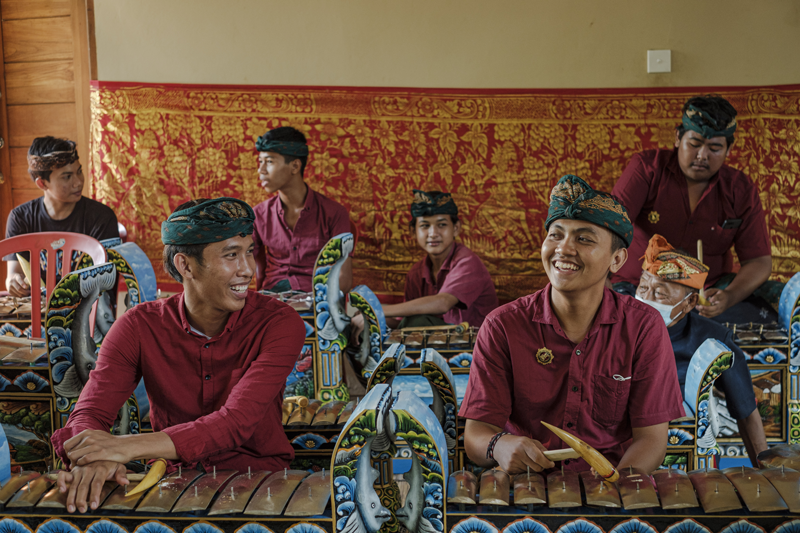 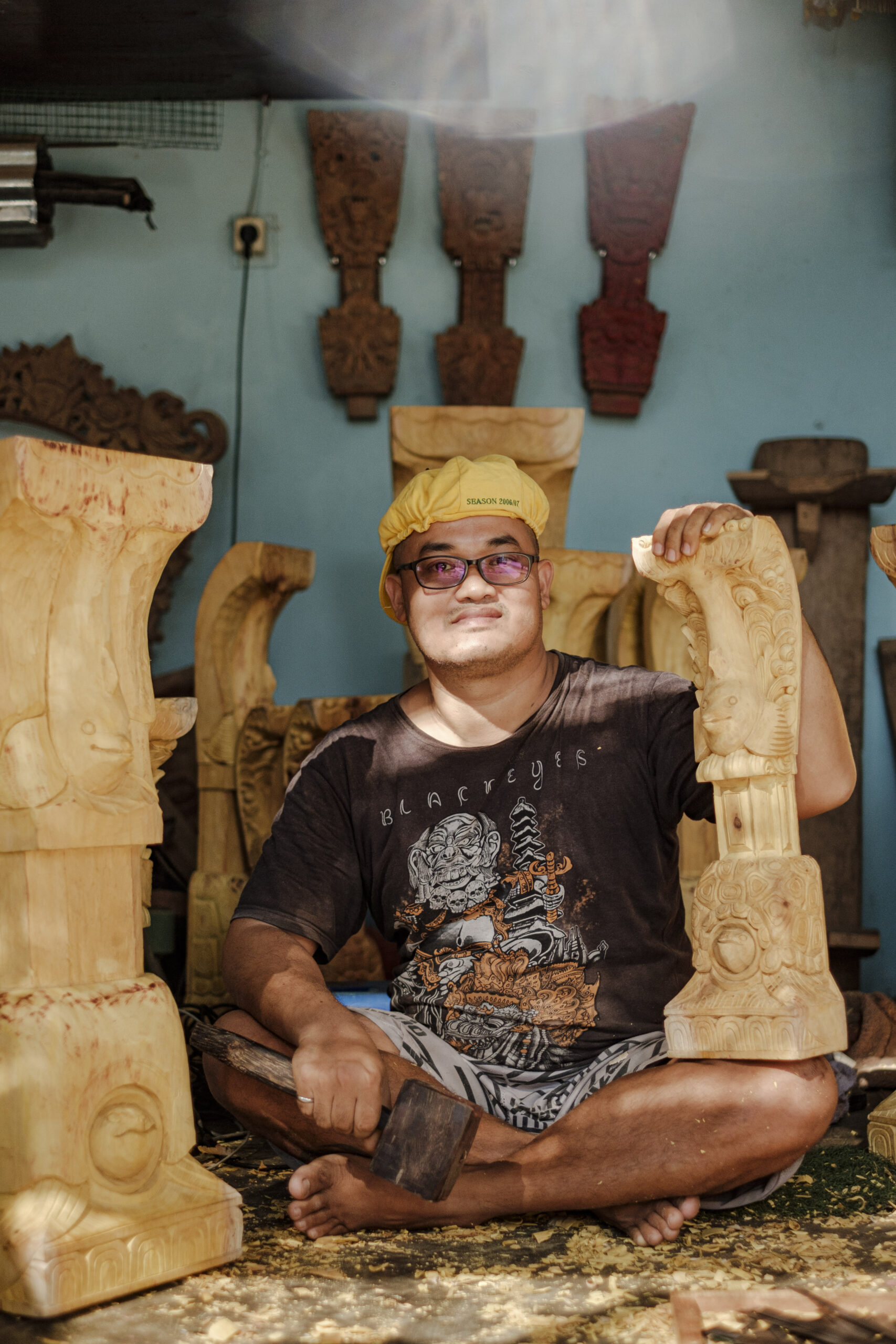 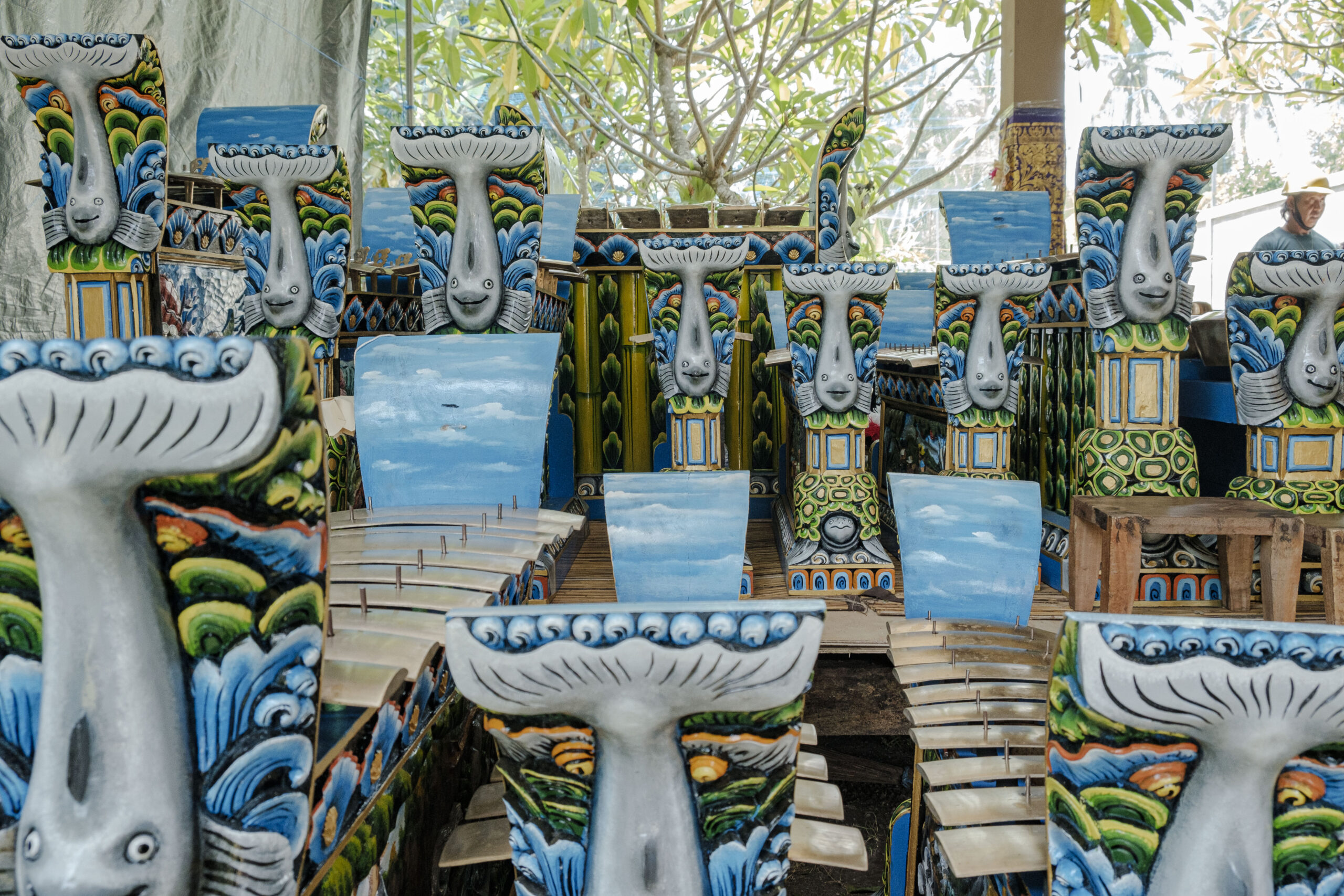 Amisewaka is the proud owner of a brand-new set of gamelan instruments. Since gamelan music is part of the curriculum, the instruments must be readily available. And so, a custom-built gamelan was ordered at the Sidi Rahayu gong foundry in Sawan, Buleleng, North Bali.

The gamelan had to be unique and very present. Since Amisewaka is near the sea, a marine theme with panels depicting the history of Desa Les and some of the more prominent activities of Amisewaka was a logical choice. The North Bali Buleleng style of carving gamelans uses colors that are very bright and visual. The Segara Madu, as the gamelan is named, is no exception. (Segara Madu means Ocean of Honey, a name provided by Wayan Dibia, Professor Emeritus at the Indonesian Arts Institute in Denpasar, Bali).

This gamelan will not only be a tool for learning and performing traditional music, but it will be a vehicle to explain Hindu philosophy, local history, and some of the elements that make up the Center to students and visitors displayed pictorially and very easy to follow.

The gamelan represents images of multiple activities related to Desa Les. Salt farmers working hard to create a sweeter salt, the abundance of the orchards, Amisewaka – Desa Les Community Center; Anataboga, the sacred turtle which the Balinese believe is the foundation of their island, entwined with two dragons; turtles and dolphins in the waters off of Desa Les; the long instruments (trompong and barangan (reyong)) include the faces of the God Siwa (God of Transformation) and Goddess Dewi Danu (Goddess of the Lake) in a rainbow of magnetic colors emanating from their visages. The gayor or gong stand has the Nawa Sanga or Rose of the Winds (9 sacred directions) flanked by two dragons at the top.

The story includes the Goddess of Lake Batur, Dewi Danu, who came to Desa Les many centuries ago, trying to sell water to the villagers. But her beauty and charm were disguised by her tattered clothes and dirtiness, and all along the coast, people refused to deal with her. However, upon arriving at Desa Les, they welcomed her and bought her water. The Yeh Mampeh waterfall is testimony to her blessing the village with water.